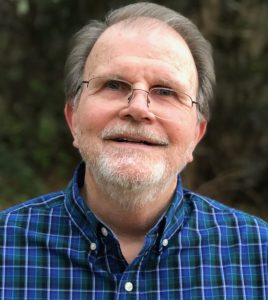 Rev. Bill Williams has been a Unity minister since 1977. After graduating from college, marrying, starting a family, and serving in the military, he began a business career. But as he began remembering his childhood vision (he saw himself as a minister at age twelve), he left the business world. On the verge of losing hope of ever fulfilling his dream of teaching, he one day found himself in a Unity Church. Bill knew he had found his joy.

Since 1977, Bill has served the Unity movement in a variety of ways. He has ministered in churches in the South, Midwest, Northwest, and Northeast. He served on the Association of Unity Churches Board of Trustees as a Regional Representative. He is past Chair of the Association’s Expansion Committee. And he has served for several years as Church Conflict Manager (now called Peacemaking). He is a certified Peacemaker with the Association. He also has served on the Executive Board of the Southeast Unity Ministries and as Chair of the Judicatory Representative Team of the International Association of Unity Churches. Locally, he has served on the Executive Board of Tallahassee Equality Action Ministry (T.E.A.M.) and is one of the founding members of this interfaith ministry for social justice.

Bill has served Unity of Tallahassee since 1999. His message emphasizes what he calls “Jesus’ Principles of Daily Living” as taught in his course called “The Enlightenment Teachings of Jesus.” Bill believes Unity has a leading edge spiritual message that is being given not only in Unity settings, but also in many guises in the mainstream media, and, with slightly different wording, even in mainline denominations and churches. Unity is at the forefront of spiritual development, leading a changing human consciousness into the awareness of itself as an expression of God.

Unity of Tallahassee is part of this new expression. We are accepting responsibility for our experience, letting personal agendas be consumed by a common purpose, and getting our “earth act” together as we are focusing on a higher ideal.